The Trapezius muscle is one of the largest muscles on the back.

Whilst the upper portion of the trapezius, or traps, adds overall roundness to a physiques frame, the middle and lower

portion of the traps contribute massively to thickness of the back.

The back is only considered to be completely developed when one has achieved both width and thickness.

The traps also assist in correct posture – this proves that they should certainly not be neglected!

As previously mentioned, the traps can be split into 3 different portions: Upper, middle, and lower region. The fibres of each region are best suited to perform different functions.

The upper region of the Traps

The muscle fibres of the upper traps at the neck support:

However, when concerning muscle growth of the traps, we must consider movement of the muscle fibres from the shoulder, and not the neck.

Against popular belief, the majority of upper fibres of the trapezius muscles are not actually vertical scapula elevators.

Simply put, the muscle fibres are not responsible for shrugging your shoulders up, due to the horizontal orientation of the fibres.

The upper fibres can be described as medial elevators, and are responsible for pulling the clavicle up and toward the mid-line of the body, thus creating movement at the sternoclavicular joint.

Using this information, we can determine how to train the upper traps efficiently: With a slight hip hinge, and slight neck flexion is the best way to train the upper Traps muscle fibres.

The Dumbbells should be pulled up and back, along a diagonal plane of motion.

Slight neck flexion will also place full contraction of muscle fibres at the joint of the shoulder, instead of at the neck.

I recommend performing this exercise with dumbbells in order to keep the shoulders externally rotated, with the arms to the side of the body, with a grip slightly outside of shoulder width.

This exercise is far superior to a regular barbell or dumbbell shrug, due to orientation of the muscle fibres.

The middle region of the Traps

The main function that the muscle fibres perform is known as:

Scapula retraction, or simply put, pulling the shoulder-blades back.

From this information, we can figure out how to train the middle fibres of the traps: through horizontal pulling; retracting the Scapula against a resistance.

The exercises I recommend to train the mid traps include:

I prefer to perform this exercise with dumbbells instead of a barbell, as the dumbbell allows the shoulders to be externally rotated throughout the movement, as well as more free-range of motion.

The dumbbells should be held at a 45 degree angle, and pulled to the upper abdominal/lower chest region.

A neutral spine must be maintained, along with core tightness, by flexing the abdominals, the glutes and the erector spinae (lower back muscles).

Remember to stay as parallel to the ground as possible, in order for the resistance to be placed upon the Traps.

Any variation of a Seated Row trains the traps, if it involves pulling the shoulder-blades back.

Remember to keep correct posture, by maintaining extension of the thoracic region of the spine (mid back), and a neutral lumbar spine (lower back). The cable should again be pulled to the upper abdominal/lower chest region.

The Lower region of the Traps

The muscle fibres of the Lower traps originate in the thoracic region of the spine, and insert into the scapula – they follow a downward-diagonal angle.

The fibres main functions are known as:

– Scapula depression  (pulling the shoulder-blades down)

From this, we can determine how to train the muscle fibres.

Vertical pulling exercises train the lower fibres of the traps.

However, when choosing which exercise to perform, may be personal preference.

My choice of these specific exercises is down to them allowing external rotation of the shoulders, which will help keep the thoracic spine extended and keep healthy posture.

TIP: These exercises can be tough to start off with – try boosting your strength and power with a serving of Creatine!

How many sets and reps?

My preference for sets and reps is:

The weight should be heavy during both exercises, however form should be kept perfect throughout, to allow for the most correct muscle fibre recruitment.

I hope you can apply this knowledge to your training, in order to achieve fully developed traps and a thick, full back! 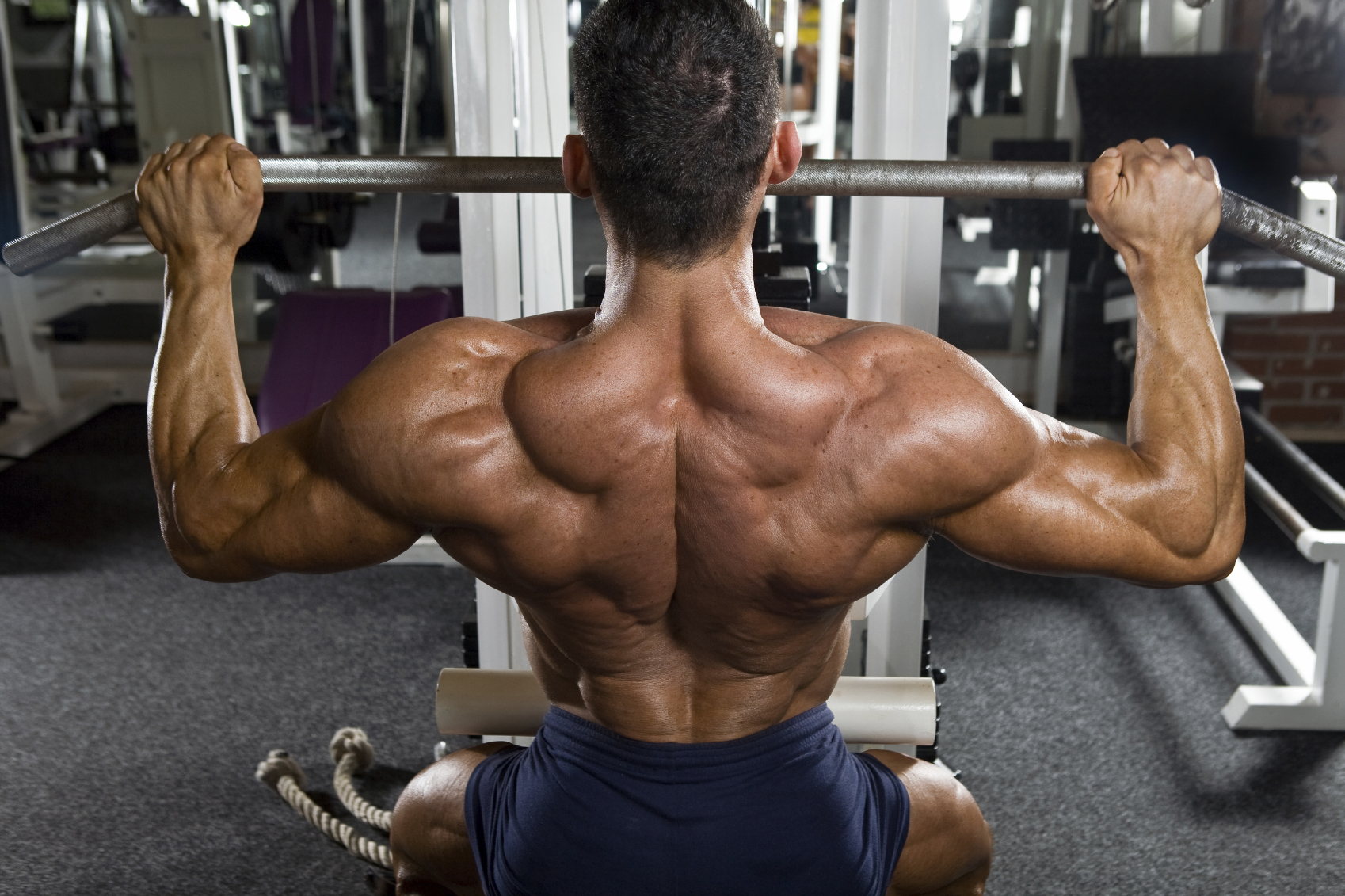 How To Do A Barbell Upright Row | Benefits & Technique

Feel Good Food | 11 Foods That Can Make You Happier

Abs Not Showing? | Top 6 Tips On How To Lose Belly Fat

9 Back Exercises To Do At Home | Upper & Lower back