Every new year, millions of people across the world take the chance to start anew — focusing on ambitious resolutions that they’ve set themselves and turning up to the gym religiously…at least for the first few weeks.

As much as we love to see people springing into action, at Myprotein we want to step away from this short-lived, unsustainable mentality of “new year, new me”. That’s why we’re fighting back with our campaign, Forever Fit.

Because fitness isn’t about quick fixes, 30-days shreds, or detox diets. It’s not something that you punish yourself with in January, and side-line for the remaining 11 months of the year.

It’s about investing in yourself, mentally and physically, for the long run.

To help us spread this message, we searched for athletes and ambassadors who live and breathe these principles. People who continuously strive to push themselves, physically and mentally, a little bit further, day after day.

Lucy Turner is one of these dedicated individuals. This is her story. 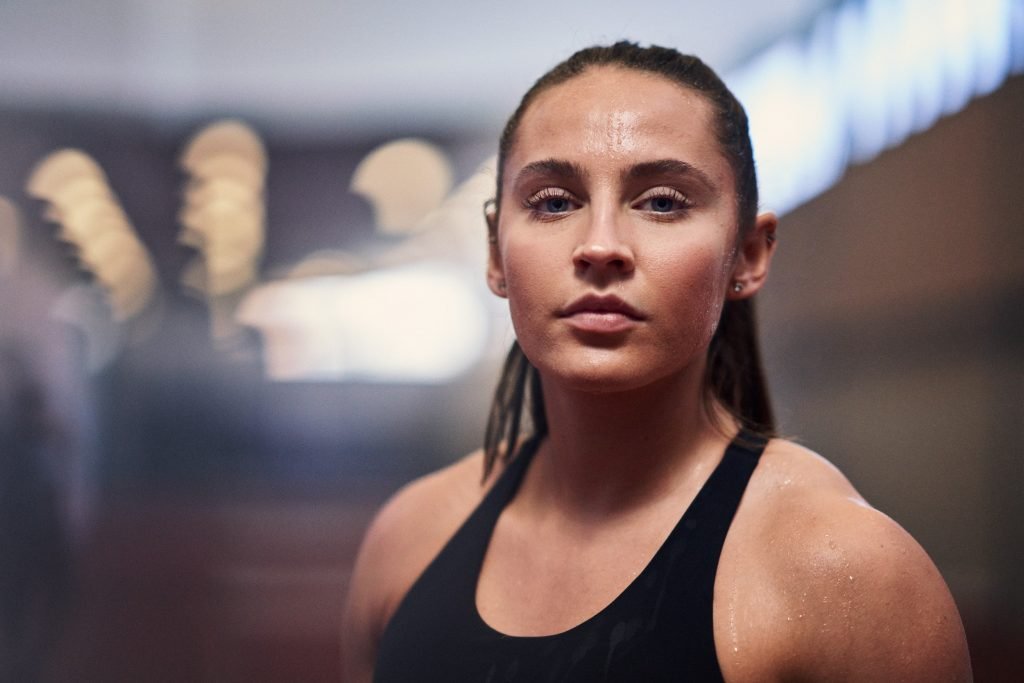 Lucy Turner is a 22-year-old heptathlon athlete from Newcastle. She graduated from Northumbria University with a first-class degree in Applied Sport, Exercise and Nutrition, and now lives in Loughborough as a full-time athlete.

You could say she was destined to pursue a sporting career, as from a very young age she competed as a gymnast at the City of Newcastle Gymnastics Academy. Throughout school, she admits she pretty much loved any sport that she tried.

Over her summer holidays, she would take part in a track athletics holiday camp, which offered a variety of athletic disciplines to give young people the chance to find the event they were best at.

At just 13-years old Lucy made what would turn out to become a life-changing decision — quitting gymnastics to properly commit to athletics training.

I think role models are so important, especially at a younger level. Jessica Ennis, amongst others, has been somebody who has really helped and inspired me.

Building Fitness Into Her Life

Decision made, Lucy continued to give her all to training, while keeping on top of schoolwork and exams at the same time.

At university, she raised the bar even higher — somehow managing to squeeze in lectures and studying around working two part-time jobs and training six times a week. Phew.

She believes that having this outlet of training helped her success in school though, as it gave her a break from studying and provided a way to release tension. During high-pressure weeks of her degrees when she had looming deadlines, she admits she did sometimes struggle, but it forced her to up her time-management skills.

When I did sit down to do my work, I knew I didn’t have time to waste so there couldn’t be any procrastinating.

She did have to sacrifice a lot of the social events and night outs that came with being a student, but she had plenty of supportive friends who made things easier for her. 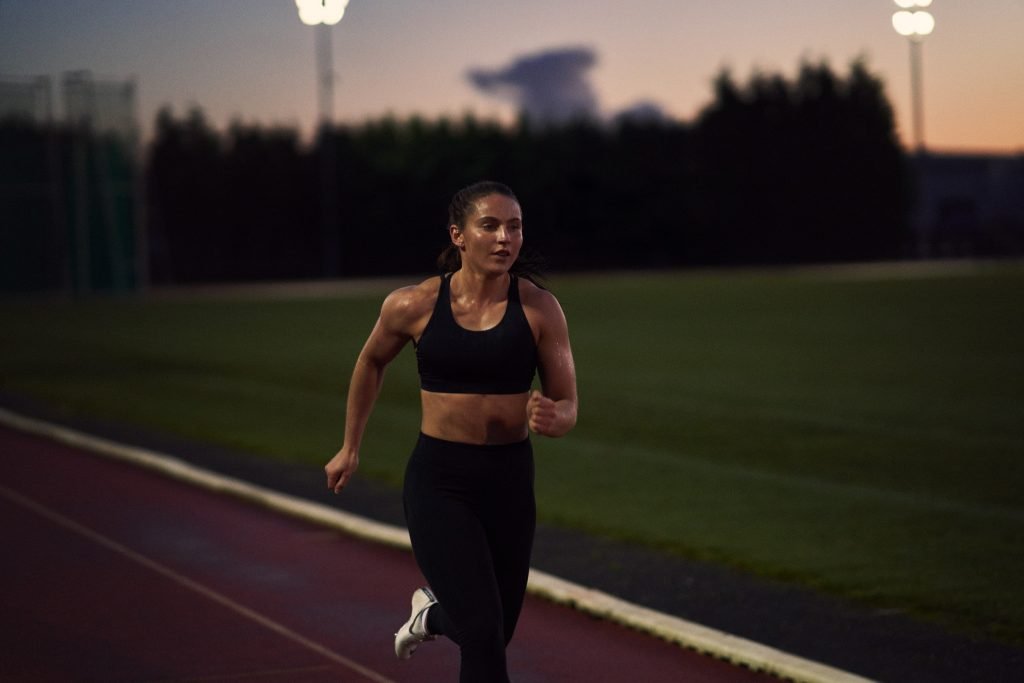 Taking Setbacks In Her Stride

As much as she makes it sound like plain-sailing, Lucy’s commitment to her sporting pursuits has not always been a smooth ride. Three months before her 16th birthday, she was diagnosed with type 1 diabetes, a serious, lifelong condition that affects your insulin production, and as a result, your glucose levels.

Taking part in exercise and sports affects your blood glucose levels, and this can change depending on the type of exercise or sport.

Moderate exercise that lasts a while, such as cycling or tempo running, can cause a drop in blood glucose levels. However, higher impact exercise such as sprinting might cause them to rise.

This makes the condition even more difficult to manage as a heptathlete, as a heptathlon consists of so many different events. Changes in emotions and adrenaline spikes can also affect blood glucose levels, which is another inevitable part of competing. This hasn’t stopped Lucy, though.

Of course I have highs and lows — and some days I do feel held back — however most of the time I’m able to manage this due to the fact I love the sport so much.

The Importance Of Having A Goal

A crucial part of Lucy’s success comes down to the fact that she’s always working towards a tangible goal.

And by a tangible goal, we don’t mean setting yourself a New Year’s resolution that’s as vague as “I want to get in shape”. We mean specific, short-term targets that you can consciously work towards and, hopefully, achieve.

It’s about breaking things down into manageable chunks, rather than trying to tackle the whole project at once.

When it comes to competing, I focus entirely on each event as it comes, as I can’t control the outcome of the whole competition.

Like us, Lucy believes that goal setting is an extremely powerful technique that helps to increase motivation and focus — because it gives you a reason why. 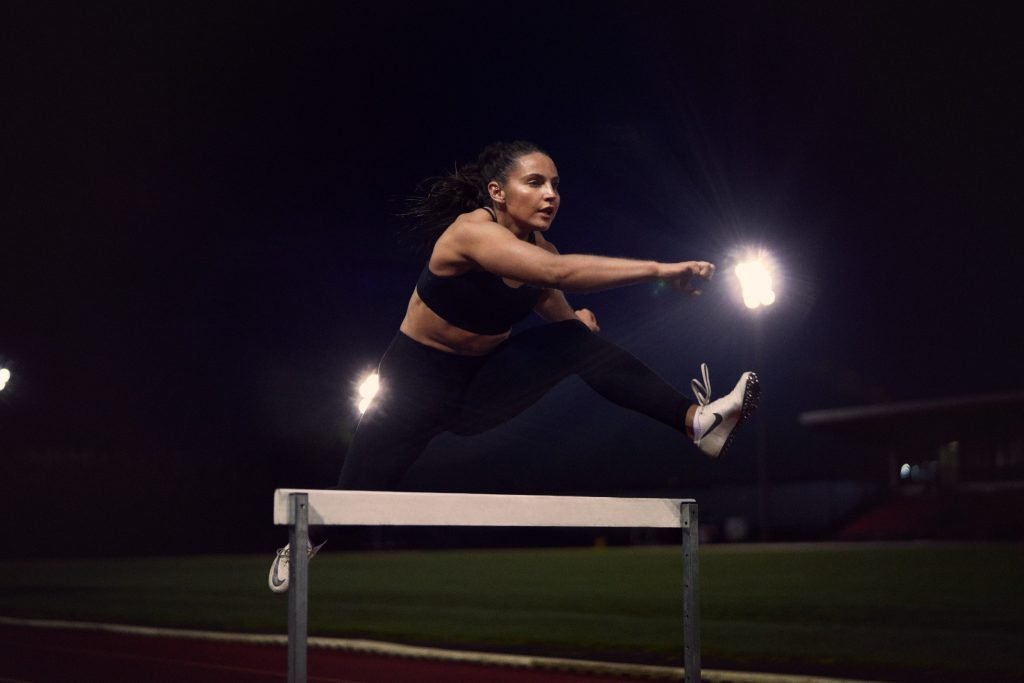 What Forever Fit Means To Lucy

“I can’t imagine my life without training. Sport helps much more than just the physical aspects —it builds character as well as developing skills such as analytical thinking, handling pressure, time-management, leadership skills, and goal setting.

It’s taught me how to respond to setbacks and how to think optimistically.

Sport has allowed me to meet some amazing people who I share a passion with. It’s allowed me to travel the world, doing what I love. It’s given me the opportunity to go into schools to inspire the future generation.

The Forever Fit campaign aligns with my personal outlook on life. It’s all about drive and determination, which I think is necessary for all successful people.”

Find out more about Forever Fit
<
>

4 Reasons Why You Should Work Out As A Couple

24-Hour Supplement Guide | What To Take To Build Muscle