Whilst psyllium husk is not an obvious supplement to support your health and performance goals, this soluble fibre packs an array of health benefits which are likely to surprise you regardless of your goals. Whether you’re looking to shred body fat or simply just improve your overall health, our 5-point guide to psyllium husk powder has you covered. 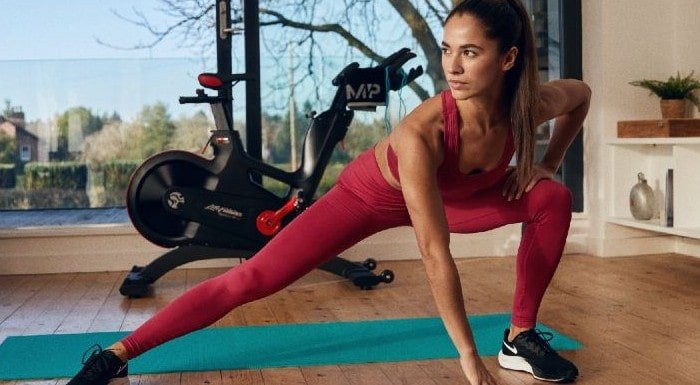 Psyllium husks are a form of fibre that comes from the husks of psyllium seeds of the Asian Plantago plant genus. The husks can be ground into a powder and provide a rich source of soluble fibre. Within the digestive system, soluble fibre absorbs water to help slow down digestion and the absorption of various nutrients contained within your food.

Whilst psyllium is clinically used as a laxative, it also provides many other health benefits which include both short- and long-term glucose control, weight loss, improvements in cardiovascular health and reductions in gastrointestinal issues such as constipation. Furthermore, psyllium is gluten free, making it suitable for those with coeliac disease.

Controlling blood sugar levels is essential for good health. Adding psyllium husk to the diet has been shown to control spikes in blood sugar following a meal by reducing the rate of carbohydrate absorption.1 This helps to reduce the common energy crash following a meal.

The gel-like fibre created when psyllium absorbs water may also play an important role in lowering our “bad” LDL (low-density lipoproteins) cholesterol without having any effect on our “good” HDL (high-density lipoproteins) cholesterol via a similar mechanism to that of cholesterol-lowering drugs.3 This mechanism involves psyllium binding to bile acids in the gut and preventing their re-absorption. This has important implications for our health as studies have suggested that high LDL cholesterol is associated with various cardiovascular diseases.4

Feelings of hunger after meals are all too common when dieting and can completely ruin a well-structured programme in an instant. Whilst a sustained negative energy balance (sustained periods of time eating fewer calories than used by the body) is fundamental for weight loss, the high fibre content of the psyllium husk can be a great tool to have in your weight loss belt as its addition has been demonstrated to help slow the digestion of food within the stomach and increase feelings of fullness following a meal.5

With this in mind, studies6,7 have demonstrated significant weight loss with the addition of psyllium husk to the diet. Whilst this is impressive in itself, these studies also demonstrate sustained, progressive weight loss over time and no weight re-gain during the latter months of the programme.

Each teaspoon of psyllium husk contains a staggering 5g of fibre, which is around 15% of your daily fibre requirements and the equivalent of 200g steamed broccoli. Given that the average fibre intake within the UK is 10-15g lower than recommended values8 (Institute of Medicine recommends 14g per 1000 kcal), especially for those consuming low-carbohydrate diets, it is important to keep on top of daily fibre intake.

As low-fibre diets appear to be a risk factor for heart and gastrointestinal issues, amongst others, it is clear that this low intake must be addressed. Whilst these benefits can be achieved through a range of whole food sources, the addition of 1-2 teaspoons of psyllium husk each day can help to provide a quick and efficient fix to fibre deficiencies within our diets.9

Healthy bowel function is essential for optimal health and to avoid gastrointestinal issues such as constipation and subsequent haemorrhoids. Not only are these damaging to our health but they can also impact our performance or make exercise impossible altogether.

To this end, psyllium has been demonstrated to provide a clear laxative effect and help to improve the regularity of the bowel and is highly recommended for those suffering with chronic constipation.10

When compared with other dietary fibre sources, psyllium appears to be one of the most effective for bowel-related issues whilst also being associated with fewer side-effects such as bloating and gas.

Whilst there is no general consensus on the optimal dosage, the majority of beneficial effects are seen when taking 3.5 – 5g (mixed with 250-500 ml water) one to two times per day before meals. It’s advised, when consuming higher doses of psyllium, to increase the amount of water it’s mixed with. The consumption of psyllium without water is not advised as this may result in sapping of saliva within the mouth and subsequent choking.

It’s advisable to start with a smaller amount of psyllium husk and begin with 3.5 g once per day for the first week, increasing this to twice per day in the second week. Using too much too soon can increase the probability of side effects.

Carefully monitoring total fibre intake and increasing usage slowly over time can minimize side effects. You should always consult your GP before taking a new supplement like psyllium husk.

Psyllium husk is a fibre from the husks of psyllium seeds, often ground into powder.

What are the benefits of psyllium husk?

The high fibre content of psyllium husk has been shown to slow digestion of food, thus increasing feelings of fullness between meals.

How much psyllium husk should I take?

The majority of beneficial effects are seen when taking 3.5g – 5g daily.

What are the side effects of psyllium husk?

Taking too much psyllium husk can lead to bloating, cramping and discomfort.

Psyllium husks provide a great source of soluble fibre and can provide an array of health benefits ranging from weight loss to improvements in cardiovascular and digestive health. So, regardless of your goal, psyllium husk can offer an inexpensive and efficient way to support a healthy diet and active lifestyle.

Claire is an experienced Health Coach and Registered Dietitian through the Academy of Nutrition and Dietetics. She has a Bachelor of Science in Biology and an MS degree in Clinical Dietetics and Nutrition from the University of Pittsburgh. Talking and writing about food and fitness is at the heart of Claire’s ethos as she loves to use her experience to help others meet their health and wellness goals. Claire is also a certified indoor cycling instructor and loves the mental and physical boost she gets from regular runs and yoga classes. When she’s not keeping fit herself, she’s cheering on her hometown’s sports teams in Pittsburgh, or cooking for her family in the kitchen. Find out more about Claire’s experience here.

Can You Build Muscle With Just A Barbell? The Only Equipment You’ll Need For The Gym

What Is Milk Protein?