These homemade cinnamon rolls are one to fall back on time and time again, whether you’re after an indulgent-tasting high-protein breakfast or something to satisfy your sweet-tooth in the evening.

Made with just a handful of stock cupboard ingredients, we guarantee these will be your new go-to when you’re in the mood for something sweet and comforting. Instead of a super sugar-heavy icing, we’ve found that a simple mix of milk and our incredible Cinnamon Danish flavoured Impact Whey Protein can do the same job just as well — and it’s much better for your training goals. Winning. 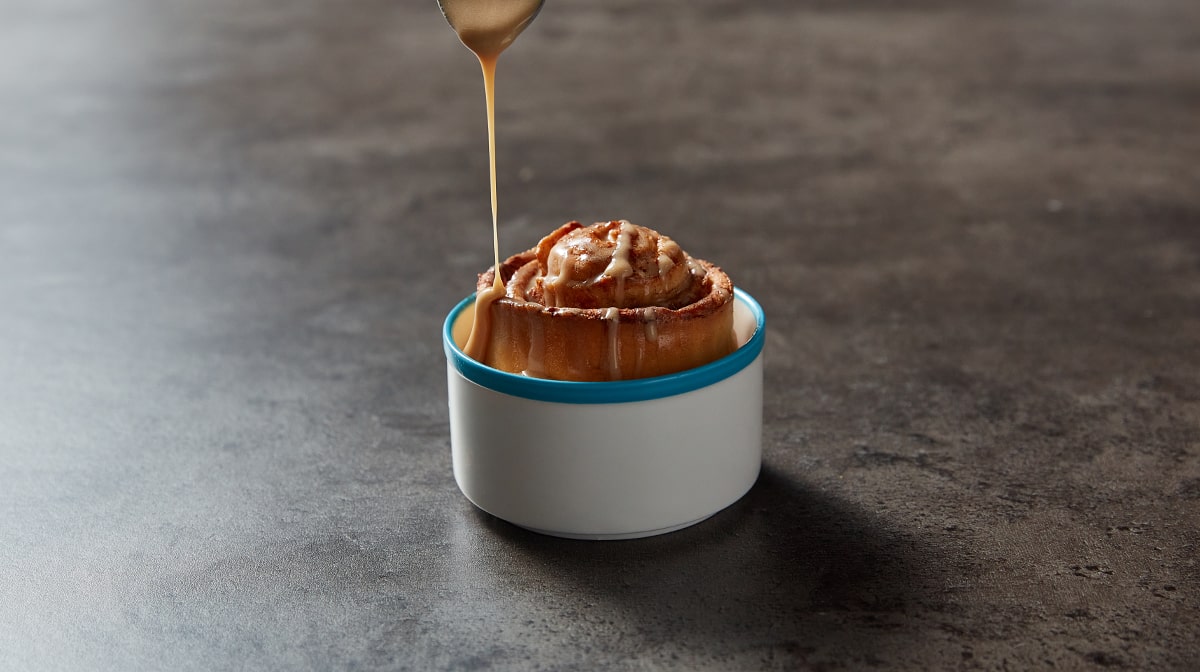 2) In a small bowl, mix together the milk and cinnamon protein powder until smooth, then set aside.

3) Next, mix together the flour and Greek yoghurt until you have formed a dough. Sprinkle a little flour on your kitchen surface to prevent it from sticking, then roll it out upwards into a long strip that’s around 1cm thick. You will have enough dough to make 2 separate servings — if you don’t want to make both at once, keep the leftover dough in an airtight container in the fridge to use the next day.

4) Use a knife to cut away the uneven edges so that you have a long rectangle-shaped strip of dough, then brush with a layer of melted coconut oil and sprinkle with plenty of cinnamon. Then roll up the dough from the bottom of the strip so that you get a tight roll.

5) Place your cinnamon roll into a small oven-proof ramekin or mug, then bake for 15-20 minutes until golden brown and cooked through.

6) Allow to cool for a few minutes, then drizzle generously with the cinnamon & milk protein mix you made earlier and tuck in! Simple and so, so delicious.

Drop Sets | What Are They and How Do They Contribute to Muscle Growth?

Creatine Loading Or Cycling? And How Much Per Day?

HIIT vs. LISS Training | Which Is The Best Cardio To Burn Fat?

Fall Asleep Faster In Hot Weather With These 10 Tips