Your body is made up of billions of building blocks that work in unison to keep you functioning effectively. One such constituent is the amino acid N-acetyl L-tyrosine. There are a number of reasons why you might want to supplement with L-tyrosine, but also some factors you should consider beforehand. So, should you be taking this supplement? Let’s break it down.

Want to get straight to the point?

What is the difference between N Acetyl L-Tyrosine and L-Tyrosine?

It’s developed in your body from phenylalanine, another amino acid. L-Tyrosine plays an important role in your body’s production of neurotransmitters (chemicals which transmit nerve impulses) like dopamine and noradrenaline.1

Tyrosine is found lots of foods, including lean proteins such as chicken, eggs, fish and whole grain oats, as well as dairy products like milk, cheese and yoghurt.

What is the difference between N Acetyl L-Tyrosine and L-Tyrosine?

Tyrosine comes in two main forms – N Acetyl L-Tyrosine and L-tyrosine. The difference between them is their bioavailability, which essentially means how easily the body can use it.

N Acetyl L-Tyrosine is more water soluble, however, it has a lower conversion rate within your body and more of it is required. That’s why L-tyrosine is the most commonly used form for supplementation.2

1. L-Tyrosine may improve your mood

As L-tyrosine is a precursor to the ‘feel good’ hormone dopamine, it has been suggested that L-tyrosine may help with low mood.

In healthy individuals, there is evidence to show that under stressful conditions i.e., exposure to extreme cold for a number of hours, tyrosine may prevent mood from lowering too much. 4 Whether these findings can be applied to normal day to day living is unclear. However, if you are going through a particularly stressful period, L-tyrosine may help prevent the depletion of catecholamines, which in turn, could help prevent your mood dropping too low. 1

2. L-Tyrosine may increase exercise capacity in the heat

Increased availability of dopamine has been shown to increase exercise tolerance in high heat conditions.

In a study investigating the effects tyrosine whilst cycling in 30-degree heat, it was found that those with the tyrosine supplement were able to maintain cycling 15% longer, on average. 5 However, these results were only found in one study and the results on the whole are inconclusive. 2

Based on this, L-tyrosine supplementation may be worth considering during hot summer months of if training/competing in a hot climate – but don’t expect miraculous performance enhancements.

3. L-Tyrosine may improve memory and cognitive ability during stressful situations

Under acute stress such as temperature changes and sleep deprivation, there is evidence to suggest that L-tyrosine may prevent a depletion of anti-stress catecholamines such as dopamine.1

However, the effects depend on how stressful the situation is and if it stressful enough to deplete catecholamines. So, this could mean it isn’t as effective in day-to-day situations. 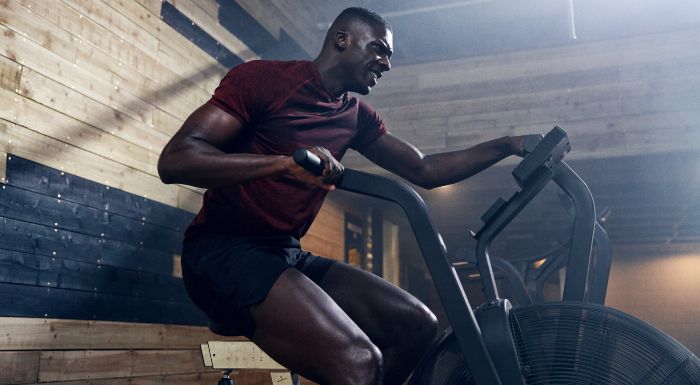 L-Tyrosine may be used for improved alertness and focus.

It has been proven to be effective in this by helping your body to cope with the detrimental effect stress can have on your body in extreme, stressful environmental situations. Due to its role in the production of dopamine, tyrosine supplementation has been investigated to see if it improves mood.

As previously pointed out, the results are mixed with the improvements seeming to take place only in stressful conditions such as exposure to cold temperatures. For example, there is evidence to show that tyrosine supplementation in those living in the Antarctica for long periods of time helped prevent reductions in mood. 7

Based on this, tyrosine may be worth considering if you find your mood lowering during cold, winter months.

As a sports performance supplement, L-Tyrosine may help improve ability to keep moving even in extreme heat. 5 However, again the evidence is mixed.

As it is a precursor to substances such as epinephrine, norepinephrine, and dopamine (which have potential to help to speed up metabolism), it has been suggested that it can be used for shedding pounds and burning calories. Unfortunately, there is very limited research to support this claim.

Long term supplementation of tyrosine appears to be safe in healthy individuals. 1 However, for those suffering with certain medical conditions, there may be side effects.

So, it is important to consult your doctor before supplementing with L-Tyrosine.

The evidence is currently fairy limited for the optimal dose of L-tyrosine with the appropriate dosage depending on your reasons for supplementing.

In the research, doses given range from 500mg to 12g a day. 1 However, doses over 1g a day are unlikely to provide much of an additional benefit so as a general guide, a supplement dose between 0.5g-1g would be appropriate for most people. 1 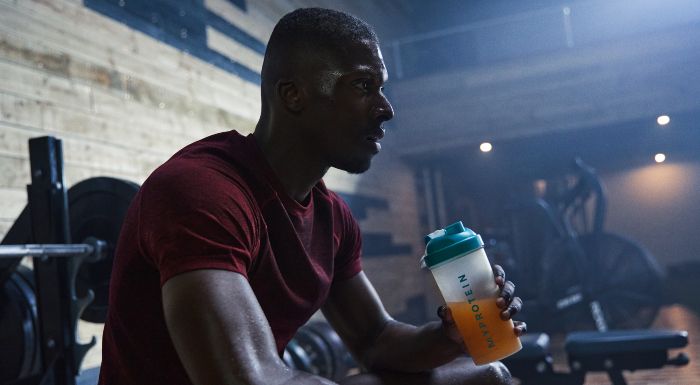 L-Tyrosine is a naturally occurring, nonessential amino acid, which can be supplemented alongside a balanced diet for anyone engaged in a long-term physical training plan. It is also a precursor to thyroxine and triiodothyronine. It is known as a weight-loss supplement, and also a mood regulator, which may help with symptoms of seasonal affective disorder.

But it is always important to consult your doctor prior to supplementing to make sure it is a good option for you.

Could this supplement help you push through a workout?

Could this supplement help you push through a workout?

Why You Should Stop Chasing DOMS, PT Explains

How To Stay Positive & Motivated — Here’s Our Advice

How Many Rest Days Per Week Do You Need To Recover?