What’s the best way to lose weight? Low carb or low fat? It’s one of the great nutrition rivalries and has long been the subject of fierce debate. In this instalment of Nutritionist Explains, PhD researcher Richie Kirwan — or Uncle Richie, as he’s lovingly referred to in the comments — is here to settle the argument once and for all … or is it a little bit more complicated than that? Let’s find out which diet, if any, is the better diet for fat loss.

How do we burn fat?

One of the main functions of body fat, or adipose tissue, is to store energy in the form of triglycerides. A triglyceride is a molecule made up of three fatty acids joined to a molecule of glycerol.

Triglycerides, or fats, are a really great way of storing energy because they can store much more than other macronutrients. For example, one gram of triglycerides stores nine calories whereas one gram of protein or carbohydrates stores about four calories, meaning they’re less energy efficient.

That said, our body does store some carbohydrates in the form of glycogen in our muscles and liver, and uses it to maintain our blood glucose levels when we haven’t eaten or when we’re performing high intensity exercise.

When we’ve not eaten in a while, blood glucose levels are normal, and we’re not exercising intensely, our body gets energy from our body fat. An enzyme called hormone-sensitive lipase breaks down triglycerides into glycerol and fatty acids. These fatty acids then get exported out of the fat cells and are transported in the blood by a protein transporter called albumin. These free fatty acids travel around the body to provide fuel for our cells. Simple. So, if we burn more fat from our fat cells than we eat, over time we will lose body weight. 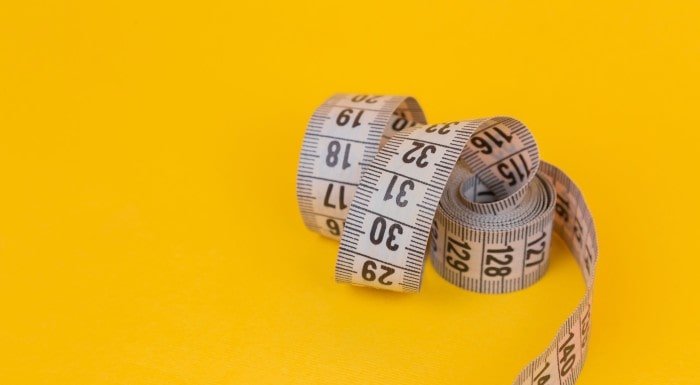 But that’s just fat. When we eat a balanced meal with a mixture of protein, carbs and fats, something entirely different happens. The protein and carbs are absorbed directly into your blood stream from the gut in the form of amino acids and sugars. The increase of blood sugar and amino acids causes the body to produce insulin to bring blood sugar levels back down to normal.

Insulin brings your blood sugar down by inhibiting hormone-sensitive lipase. In other words, we don’t can’t break down any more fat. This means your body must instead burn carbohydrates or amino acids for energy.

Insulin also increases storage of glucose and free fatty acids to help remove them from your blood. Glucose is stored as glycogen, but if your glycogen stores are full, then glucose can be converted to fat in the liver and stored as body fat.

So, obviously from this explanation, the key takeaways would suggest that if you eat carbs, you’ll raise your insulin and start storing fat. And yes, this is basically what we’ve said, but it’s way too simple of a way to think about things and ignores a vital point: energy balance.

No matter whether you eat carbs or fat, your body still needs the same amount of energy to function. And if you’re not eating enough food to meet those energy needs, you’ll be in a negative energy balance and lose body fat. On the other hand, if you consume more energy from food than you need, you’ll be in a positive energy balance. The extra energy will be stored as fat, which over time will lead to weight gain.

Now let’s delve into some studies to see what the science says.

First up is a study that observed 19 obese participants on a metabolic ward. In this study, participants lived in the research centre and all food and exercise levels were monitored to the highest possible level.

The study also had a crossover design, meaning that all participants got to do both a reduced-fat, high-carbohydrate diet and a reduced-carb, high-fat diet for two weeks each, with a washout period of up to four weeks in between. During each diet, the participants consumed a number of calories that would put them in a 30% energy deficit.

And the results? On the reduced-carb diet, insulin dropped more than 20%. On top of that, fat burning increased significantly, which was not unexpected considering participants were getting most of their energy from fat. Remember, the fat being burned would have been a combination of stored body fat and fat consumed in the particpants’ diets.

But what about more long-term studies? Luckily there’s plenty looking into this.

One study compared weight loss on a healthy low-fat diet vs a healthy low-carbohydrate diet over 12 months. 600 participants were told how to eat but otherwise lived their normal lives.

The results. Both groups, on average, lost weight. The low-fat group lost 5.3kg and the low-carb group lost 6kg. Over the span of a year, 700g is not a significant difference. Insulin levels were not also not seen to have any effect on weight loss either.

One note on the study is it didn’t look specifically at body fat, so differences in weight could be due to losses of body water, which are often greater on low-carb diets.

Other comparisons of low-fat and low-carb diets have had similar results. A recent meta-analysis looked at data from 53 studies with over 68,000 participants over 12 months. On average, low-carb diets saw about 1.15kg more weight loss than low-fat diets. But again, how much of the difference was due to water weight?

The evidence would suggest that when it comes to fat loss, low-carb diets are probably just as effective as low-fat diets. At the end of the day, it all comes down to a calorie deficit.

The choice is yours. Low carb, low fat, or just a plain old balanced calorie deficit. Richie can’t tell you what to do, but he can tell you what the science says so you can make an informed decision.

But, as ever, it’s worth pointing out that for a diet to be successful, you need to be able to stick to it long term. So, if you can’t live without pasta, don’t pretend you can succeed on a low-carb diet. Do what works best for you.

What were the best things about the ‘90s? Our survey reveals all